A great tract of Earth is on fire. It looks as you might imagine hell to be. The air has turned ochre: visibility in some cities has been reduced to 30 metres. Children are being prepared for evacuation in warships; already some have choked to death. Species are going up in smoke at an untold rate. It is almost certainly the greatest environmental disaster of the 21st century – so far.
-George Monbiot

Source: Indonesia is burning. So why is the world looking away? | George Monbiot | Comment is free | The Guardian

I’m living in the region, so I hear reports on this daily, but as one who closely tracks the zeitgeist, this seems to be largely flying under the radar. The world is on fire and we aren’t even taking notice. Sure, it’d be big news if it was in the U.S. or Europe, but at some point we’re going to have to accept that we all live in the same fish tank – and start acting accordingly. 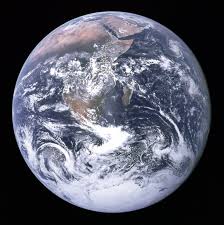